The Best of British delivered to Tanzania! 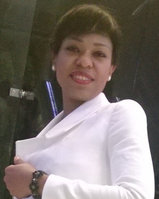 We give you more than products! Visit here daily to learn with us...

Confused when it comes to choosing the perfect fragrance? You are not the only one!

The difference between a Perfume, Eau de Parfum, or Eau de Toilette is probably one of the most frequently asked questions about perfume and rightly so because it is also one of the most misinterpreted!

To put it simply, Perfume, Eau de Parfum, Eau de Toilette, and Cologne are different in their concentrations of fragrance oils, but that’s not all! These different concentrations DO NOT necessarily mean different levels of quality, and furthermore, they may also include different fragrance notes entirely!

For example, in some cases, these differences in notes can make the Perfume version of a scent, for example, a completely different fragrance than the Eau de Toilette of the same name. But still the most straightforward difference between a Perfume, Eau de Parfum, Eau de Toilette and a Cologne is the concentration of oils used in the fragrance.

EDP is always more expensive than EDT. This is because EDP has more concentration or parfum which will tend to last longer

While, the science behind this lends credit to this assumption, being that alcohol and water evaporate quicker hence a liquid with more oils in it would remain longer, this isn’t necessarily the case. One reason for this, is because Perfumes need to be dabbed on the skin, which lends to a more intimate scent experience, whereas an Eau de Parfume for example can be sprayed liberally over skin and clothes leading to a potentially stronger longevity.

Furthermore, different fragrances have different silages (how close they wear to the body), so a fragrance with a weak silage might not smell as strong and hence dissipate sooner even if it’s an Eau de Parfum, where an Eau de Toilette of different scent may smell present all day even though it has a weaker concentration of oils. And this is usually do to the different notes used. However, that’s not all that may be different between these concentrations. Quality of fragrance oils used also play a part in how strong and how long a fragrance lasts. Higher quality oils tend to take more time to develop and thus linger longer on the skin than their synthetic counterparts.

Some perfume houses/companies also may use more expensive natural perfume oils in only the Perfume version and then synthetic produced notes in the others. In addition, they may use different notes or different concentrations of notes between say a Perfume and an Eau de Toilette. And sometimes, these differences can be very obvious. For example, Guerlain created the fragrance L’instant. The Perfume version is sweet, warm, and powdery featuring strong honey, vanilla, benzoin, and Iris notes. But the Eau de Perfum version of the same fragrance has none of these notes and instead is more fresh and citrusy. Another example is Chloe by Chloe. With this fragrance the Perfume version is more of a heady rose scent featuring powerful gardenia and earthy cedar and smooth amber. But in the Eau de Toilette version, none of these notes are present and instead powdery iris is present along with refreshing notes of orange and watermelon.

To add yet further variations of fragrances, some perfume houses/companies will create different versions of their most popular scents for different occasions, limited editions, or for different seasons. Summer, especially, is a season where you might see lighter versions of some of the more popular scents. These are usually referred to as an Eau Fraiche, or an L’eau. These Summer scents are usually lighter concentrations of their Eau de Parfum counter parts, but they also frequently showcase the lighter and more fresh scent notes of the fragrance. Featuring more white/delicate florals, citrus, or green/water notes. As you can see, choosing the right concentration of fragrance can be a tricky business. Although, there is definitely a difference in concentration of fragrance oils, there may also be differences in quality and notes used within a fragrance line and so it is extremely important to smell them all. Never assume that an Eau de Parfume of a particular fragrance is going to smell exactly like the Eau de Toilette.

If you know you like a particular scent, do some research and find out which notes are used in each concentration either by asking the sales associate or searching online. But most importantly, don’t assume they’re all the same. Contact us on whatsapp +44 7922 950 797 to discuss the choices that you may like. 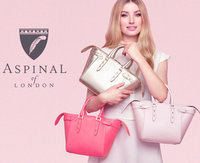 Founded by current Chairman Iain Burton in 2001, Aspinal of London has made an incredible name for itself over the past decade. Establishing itself as the go-to for luxury leather accessories with a heritage British slant, all thanks to Creative Director Mariya Dykalo distinctive aesthetic, Aspinal is sported by celebrities and industry style-setters alike.

This artful blend is evident in their stunning Grade I listed flagship store at 25 Brook Street, just a stone’s throw from the famous Claridge’s Hotel and global shopping mecca Selfridges. Originally owned by composer to the Chapel Royal George Frideric Handel, this gorgeous Georgian townhouse was used by Handel to entertain friends and family, and housed his vast collection of art (which included over 80 paintings by the likes of Rembrandt and Watteau) until his passing. It was 1905 when the now-famed house was taken over by C.J Charles who renovated it and turned it into a shop, the shop that now houses Aspinal of London. 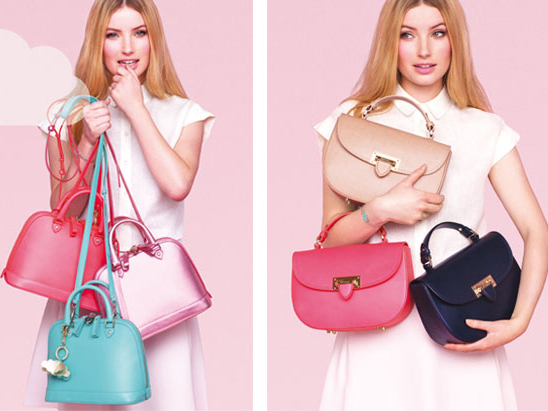 Aspinal of London pride themselves on the quality of their designs, and will extoll the brilliance of the craftsmen that hand make their signature small leather goods. Based in a West Sussex factory, their workers call on decades of experience when hand-cutting patterns and manually sew everything in-house, making each design truly bespoke and one-of-a-kind.

Speaking of bespoke, Aspinal were one of the first brands to offer personalisation, embossing customer’s initials in glimmering gold leaf onto their signature wallets and journals, and this brilliant feature is available to you lovely readers too, as Hannah explains; “We love to go one step further for our customers and offer customisation in most stores and concessions across the UK. So regardless of where or when you bought a piece, bring it to us and we’ll emboss it with whatever initials your heart desires!“

The basics of your Skincare

Are you overwhelmed by all the choices lotions and creams which all of them promise that will make your skin look so much better? Do you stuggle and get confusion at all the choices in currently available? If you answered yes, then first thing you should know is that you're normal, and most of us feel the same.

The basic you should know About Skin Care

The good news is, our skin main requirements is simple. Washing your face doesn't have to be complicated, and you don't have to spend a lot of money to buy a of products that will simply do the same thing to your skin.

Most of us know that cleansing is an important part of good skincare. The purpose of a cleanser, or soap, is to surround, loosen, and make it easy to remove dirt, germs, excess oils, and left-over makeup and products applied to the skin. Unfortunately, there's also some harmful effects of cleansers on the skin.

You could easily get dry skin from cleansing routines, but for some people, the skin can be normally dry. Often people think that their skin isn't clean unless it feels dry and tight after they wash it. You must have a cleansing routine even if it doesn't look dull to maintain your even complexion.

Types of cleansers to use. First, it is important to understand cleanser options for your skin:

Moisturising is an essential step in good skin care. A good moisturiser can stop the dry skin cycle from spiraling into cracked, thick, flaky skin. An effective moisturiser will have a combination of ingredients that:

How to Choose a Moisturiser

Not all skin is the same, and not all moisturisers are the same. Picking out the best moisturiser for your skin depends on what your skin needs. Consider the following skin conditions when choosing a moisturiser:

Don't settle for your grandmother's old cold cream. Pick a moisturiser with good ingredients for your skin, and enjoy your healthier skin.

The final step in a good skin care program is using sunscreen, but it's the most forgotten. It's easy to tell if your skin is dirty or dry, requiring a good washing or some added moisture. We can see or feel that our skin needs some extra care. Unfortunately, most of the damage to the skin from UV radiation is beneath the surface and happens so slowly that we don't realize how much damage is being done.

Most people know that exposure to UV radiation can cause sun damage to the skin, including sunburn, photoaging, and increased risk of skin cancer. But did you know this damage also occurs when you walk from your house to your car or sit next to a window during the day? Even those little bits of exposure add up over the years and can cause wrinkles, dark spots and skin cancer.

There are several factors to consider when picking out a sunscreen:

You've worked hard to take care of your skin by cleansing and moisturising it. Don't undo all those benefits by exposing it to UV radiation. Find a good broad spectrum sunscreen and make its application a part of your daily routine like brushing your teeth and bathing.

Thank you for taking time to read this. I hope to see you here soon for more news, tips & advice.